one area of louisiana i was most eager to visit
was the lower ninth ward in new orleans.
since taking a course in college during which we studied the effects
of hurricane katrina extensively, i have been eager to visit.
seeing the devastation of katrina, which hit in 2005, was indescribable.
here are a few photos i would like to share.
“it’s like being in a third world country”
-a registered nurse manager at a charity hospital in new orleans 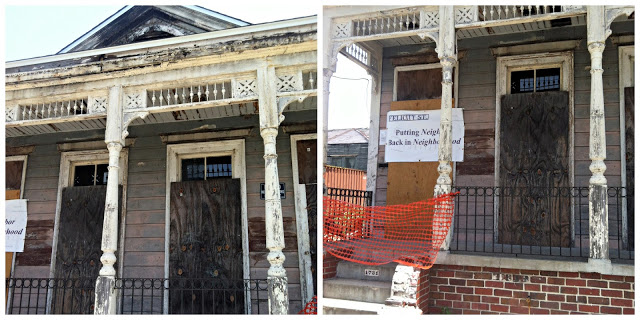 ^^^ a property in need of rebuilding just outside the lower ninth ward ^^^
“mr. president, the people of mississippi are flat on their backs.
they’re going to need your help.”
mississippi senator, trent lott 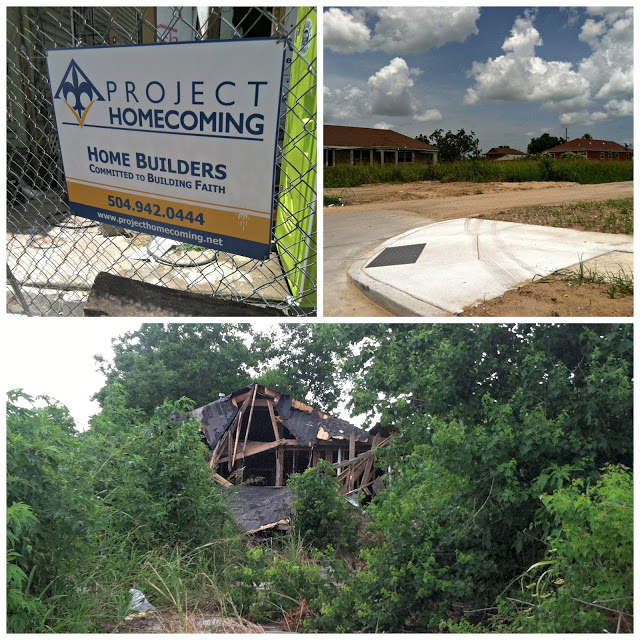 ^^^ many of my friends currently living in new orleans work for project homecoming,
a non-profit that strives to bring families back to and repair their original homes;
a vacant lot across from a few homes that remained standing;
a home that has not been touched since the hurricane ^^^
“but to my country, i want to say this: during this crisis, you failed us.”
-anne rice, the new york times 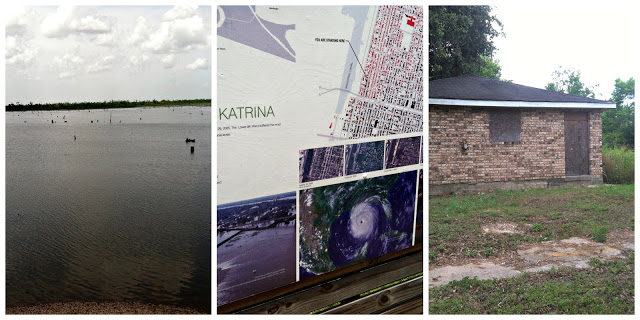 ^^^ the wetlands surrounding new orleans, now flooded;
the eye of katrina posted at the wetlands restoration site;
an abandoned home ^^^ 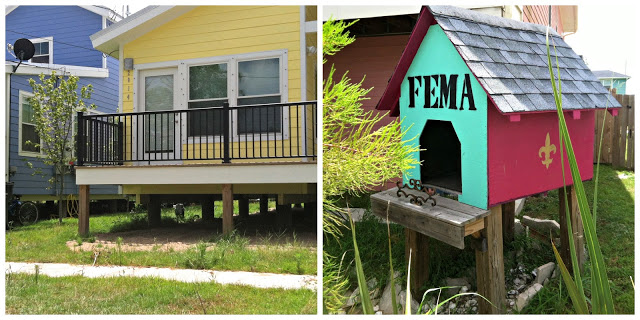 ^^^ many of the homes that have been rebuilt, especially those closest to the levees,
are now above ground – including this doghouse, dedicated to FEMA ^^^
“the big lesson i learned from hurricane katrina
is that we have to be thinking about the unthinkable
because sometimes the unthinkable happens.”
-mike leavitt 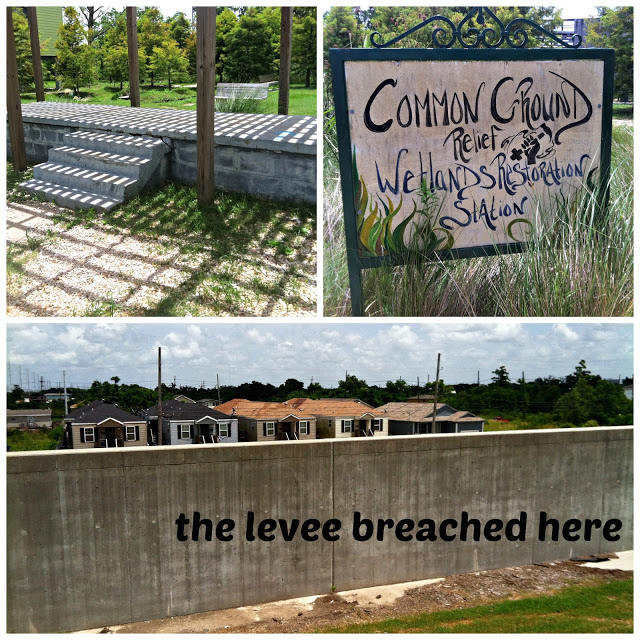 ^^^ all that remains of this home are the front steps (common throughout the lower ninth ward);
the restoration center for the wetlands;
one of the three major levees that breached ^^^
though thirty percent of the city has been rebuilt since katrina,
approximately ten percent of the lower ninth ward has been rebuilt.
water flooded over eighty percent of new orleans in the days after katrina,
but the ninth ward received considerable attention
because one of the three major levees breached here;
in addition, the lower ninth ward was populated primarily by low income families
with little access or ability to evacuate.
eight years later, the area still consists of abandoned properties,
vacant lots, and dilapidated homes.